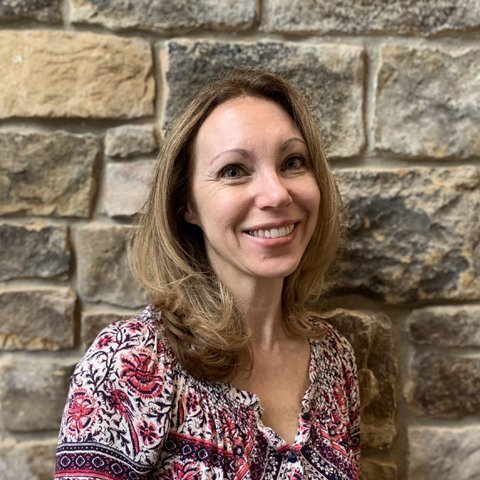 Lauren Mowbray- A Members look at Serving the Body

As a facilitator of two support groups—GriefShare and HOPE for Mental Health—I had the privilege of serving people who were suffering and shattered by life’s circumstances. And yet, I think I can safely say that we all caught glimpses of God in- between moments of heaviness and despair in the forms of love, encouragement, joy, hope, and friendship.

One particular attendee of GriefShare was a gentleman who does not attend CPC. In fact, he was raised Catholic but had walked away from his faith altogether as a teenager. He met his wife in his early twenties and as he described it, it was the two of them against the world. He went on to explain that in his mind, he didn’t need God as long as he had his wife. Tragically, reality as he knew it came to crashing halt when his wife died unexpectedly from injuries she sustained during CPR. Almost a year after her death, he still could not process her loss.

He had attended other grief support groups, including a 13-week cycle of GriefShare at another area church. He had not found the solace he was hoping for after that cycle ended however, so he decided to attend another cycle. CPC’s fall morning sessions could accommodate his work schedule.

Many times, it was just him and me at the session. The other participants weren’t consistent. I was concerned that the low participation would render the sessions ineffective because the group is designed to allow participants to learn and grow and process their grief by sharing their stories with others. However, he said that in the other groups he was typically the only male, and many of the women in those groups dominated the conversation. At CPC, things were different. He could share everything he had been bottling up and allow himself to be open and vulnerable. (Important side note: God isn’t concerned about the numbers in attendance. He can still do His work even if participation is low. And sometimes—as was demonstrated to
me—an audience of one is ideal.)

His biggest barrier to progressing in his grief was his lack of faith. Not only was he wrestling with the sudden loss of his best friend and only confidante, but he was also wrestling with God. For him, her loss just didn’t make sense. His wife was a lovely woman. Her whole life was centered around family and taking care of others. She was generous with her time and resources. How could a loving God take her in such a tragic way? How could an all-powerful God allow such negligence? Why didn’t He prevent it? Why was he suddenly all alone with no certainty that his wife was in a “better place”? His faith questions were very complex, and he found that many people, though well-intentioned, couldn’t answer his most pressing questions. He didn’t want dismissive answers, or Christian clichés, or Scripture verses thrown at him that he wasn’t even sure he believed. He needed honest answers even if they challenged him.

It makes me incredibly happy to look back on that 13 weeks and recall where he was when the cycle ended compared to how confused and skeptical and opposed to God he was when he started. I often encouraged him to talk to God about his questions, to seek God for the answers, and to look for God in his day-to-day life. I shared some of my own long and winding journey to faith and explained how I came to faith much like CS Lewis did—kicking and screaming. I shared with him the same resources that helped me (Ravi Zacharias, Mere Christianity, and Alistair Begg). I assured him that if he kept seeking God, God would reveal Himself and open doors to other opportunities that would help him grow in wisdom and understanding. And God definitely delivered!

Last I heard from him, he was attending a grief group specific to the loss of a spouse at an area church, which was also hosting Alpha. He introduced himself to the pastor leading the Alpha group and began attending those sessions as well. He also started reading blog posts and podcasts specific to Christian apologetics. And he had befriended a priest from his sister’s church who was also willing to help him along the way.

What a blessing it is to be invited into someone’s broken heart and help care for what has become their most sacred wound. As I see it, the small part I played in his faith journey is very similar to Paul’s statement in 1 Corinthians 3:6: “I planted, Apollos watered, but God gave the growth.” (ESV)

Plug-in to what's happening at Centreville Presbyterian Church by signing up for our weekly e-Letter.
Posting....